Borley Rectory – reputedly one of the most haunted houses in England (source: wikicommons)

As a researcher on the supernatural, it is difficult to come up with a themed blog post for Halloween. For better or worse, everything is relevant. But after finishing Neil Spring’s The Ghost Hunters, a fictionalised account of Harry Price’s investigations into the hauntings at Borley Rectory in the 1920s and 30s (a great book, btw), I thought it would be fun to embark on a whistle-stop tour through the cultural history of the poltergeist. Let us first consider the following:

“There was […] a large and spacious, but ill‑reputed and pestilential house. In the dead of the night a noise, resembling the clashing of iron, was frequently heard, which, if you listened more attentively, sounded like the rattling of fetters; at first it seemed at a distance, but approached nearer by degrees; immediately afterward a phantom appeared in the form of an old man, extremely meagre and squalid, with a long beard and bristling hair; rattling the gyves on his feet and hands. The poor inhabitants consequently passed sleepless nights under the most dismal terrors imaginable. This, as it broke their rest, threw them into distempers, which, as their horrors of mind increased, proved in the end fatal to their lives. For even in the day time, though the spectre did not appear, yet the remembrance of it made such a strong impression on their imaginations that it still seemed before their eyes, and their terror remained when the cause of it was gone. By this means the house was at last deserted, as being judged by everybody to be absolutely uninhabitable; so that it was now entirely abandoned to the ghost. However, in hopes that some tenant might be found who was ignorant of this great calamity which attended it, a bill was put up, giving notice that it was either to be let or sold.”

The staging of the above extract will not be alien to those familiar with the tropes of haunted house stories. Strange noises, unusual apparitions, occupants who fled it terror –  these have long been a staple of ghost literature and horror movies. Rather than being the synopsis of a screenplay, this description actually comes from the pen of Pliny the Younger (d.113CE) who included the tale in a letter addressed to the Roman senator Lucius Licinius Sura.

Pliny the Younger: a teller of ghost stories (source: wikicommons)

The sound of knocking or scratching is arguably the main component of a poltergeist encounter. Poltergeist literary means an ‘angry, rumbling spirit’. Other indicators that a house was haunted by poltergeists include the movement of objects, the throwing of stones and, in an interesting overlap with the nightmare tradition, the physical assault of members of the household. Medieval historiographies contain their fair share of poltergeist exempla. One such case can be read in the Chronicle of Sigebert of Gembloux (ca. 1030-1112), which describes events that were said to have occurred in Mainz during the ninth-century. Again, the details will be somewhat familiar to horror aficionados:

“An evil spirit in the bishopric of Mainz was casting stones, striking the walls of houses as if with a hammer […]. It then aroused many people’s wrath against a man in whose house it lived, and which it burnt down […]. When the priests celebrated the litanies, the demon hurt several of them by throwing stones. Sometimes it was calm and sometimes excited, but things continued in this vein for three years until all the buildings in the area had been consumed by fire” (trans. Lecouteux)

In this extract, the poltergeist is explicitly referred to as a demon. By contrast,  in a famous 1323 account of a domestic haunting in Alés, France, the perpetrator of the ‘strange noises’ turned out to be the ghost of the man who used to live in the house, Guy of Corvo, permitted by God to return home to seek absolution.

The ontological ambiguity surrounding the nature of ‘rumbling spirits’ – were they evil spirits, ghosts of the dead, or something in between? – is something that can be discerned in the famous account of the Drummer of Tedworth (c.1661). The story begins with a vagrant drummer named William Drury, who was accused of bewitching the house of a landowner, John Mompesson, with whom he had recently quarrelled in a lawsuit. Soon after, loud drumming and scratching noises began to plague the Mompesson household. The theologian Joseph Glanvill paid a visit to the Mompessons and experienced the strange happenings first-hand. The haunting of Tedworth is one of many similar stories used in Glanvill’s Saducismus triumphatus (1681) to refute atheism and substantiate the existence of supernatural phenomena. 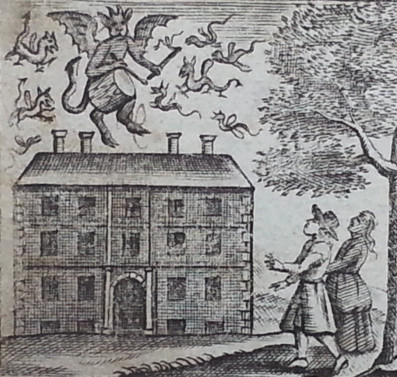 Image of the Tedworth spirit from the third edition (1700) of the Saducismus triumphatus. Note how other devils flock to the sound of the drum (source: wikicommons)

Poltergeists remained a cause for concern in the eighteenth-century and beyond. The notebook of Charles Wesley,  digitised in full by the John Rylands Library in Manchester, details how Epsworth Recory (residence of the Wesley family) was plagued by the ghost of a former servant named  ‘Old Jeffrey’. From December 1616 to January 1717 it terrorised the household by walking unseen through the stairways and making loud, terrible noises. The hauntings stopped just as suddenly as they started. 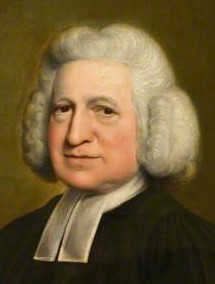 As the the above examples attest, historians and theologians rarely agreed as to the true meaning behind a poltergeist’s appearance. Whether it was perceived as a restless ghost, demon, or even a folkloric spirit, the mischievous and malevolent aspect of the poltergeist’s agency is what made it so fascinating to contemporary audiences. The strange events that led to the abandonment and ultimate destruction of Borley Rectory –  reimagined for modern readers through The Ghost Hunters – would not have been out of place in Pliny’s letter to Sura.